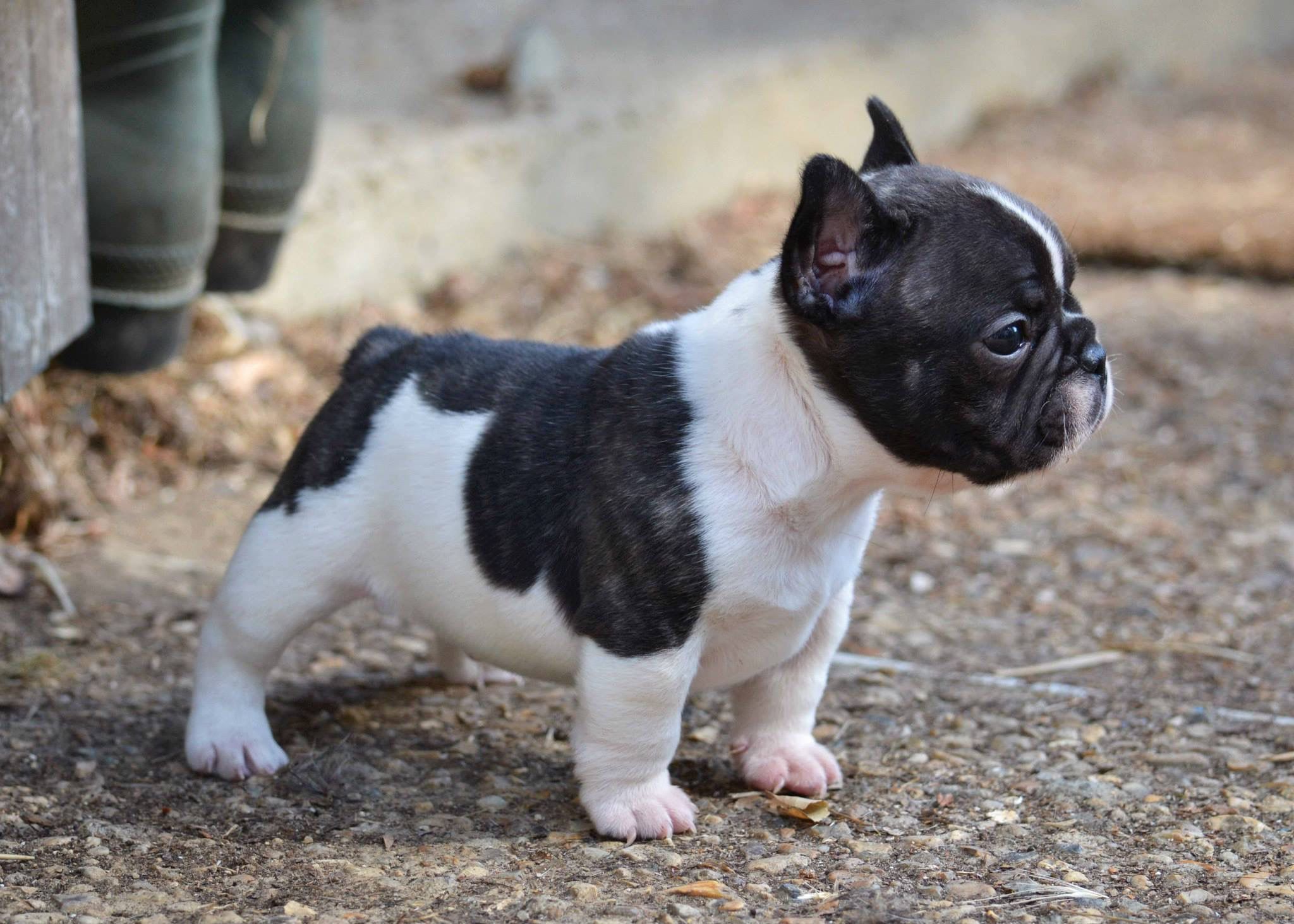 The French Bulldog, also called “bouledogue” or “bouledogue francais,” is a breed of domestic dogs that often need companion dogs. They are a result of crossbreeding between Toy Bulldogs imported from England and local Ratters in Paris in the 1800s. They are friendly, miniature dogs with mild-mannered temperament. The darlings of modern-day pop culture are known by many names;

FRENCHIE, due to their French origin and because it was in France, the dogs first gained popularity and were first widely accepted as a breed; before then, French Bulldogs were thought to be defective, and we’re mostly hurriedly exported to France.

FROG DOGS, because of their regular sitting posture, which sees their hind legs stretched out wide, behind them, and the shape of their face, wide and round.

CLOWN DOGS, this breed is considered very cheerful, fun-loving, and hyperactive, hardly is there when they can be found moping or just staring; they are said to be the clown dogs of the dog world. They are also known as the BULLY As a short form of their names, French Bulldogs.

Before adopting a dog, dog parents, guardians, or owners should learn basic things about them to properly settle into the house.

Here Are Five (5)  Fun Facts About French Bulldogs that would help you:

FRENCH BULLDOGS HAVE ROOTS IN ENGLAND.

Although the French Bulldogs’ origin is largely vague, reports have cited them for originating from ancient Greece and credited their spread to ancient Lebanon’s Phoenician traders. They facilitated Mastiffs’ migration to England, where they were crossbred with local English Ratters to get a toy-sized version of the dogs.

What we know is that the French Bulldog is descendants of the now extinct Toy Bulldog. These small-sized bulldogs were once close companions of English lace-makers, who used them to warm their laps. At the same time, they worked and eventually migrated with the dogs from Nottingham to Normandy, France, when the Industrial Revolution displaced the lace industry. In France, the Toy Bulldogs were crossbred with local Ratters found in Paris, hence the name bouledogue francais, French Bulldog.

This dog breed is affectionate, friendly dogs, which are bred to be animal companions to humans. They often require lots of physical human attention to stay active and comfortable, get along well with other dogs, and aren’t great at barking. Studies have shown that French Bulldogs often become reclusive and sometimes aggressive when neglected or alone. Frenchies are emotionally sensitive, so they do not take well to criticisms. When criticized, Frenchies can be found moping or withdrawing themselves for people. They are more likely to react better to words of encouragement and more mild forms of correction.

In 1896, through an act of defiance against the Westminster Kennel Club dog show, American dog enthusiasts set up an association. The association was called the FRENCH BULLDOG CLUB OF AMERICA (FBDCA).

A judge of the show had disqualified the  American bred French Bulldogs because they had rose-shaped ears. This led to a massive disagreement as the American dog breeders were angry at the disqualification.

The disqualification birthed the FBCDA in 1897. The association at the time had a membership of men and women of immense repute. The association also had the aim of looking after the welfare of those Frenchies. The association then went ahead to set up the acceptable American standard for French Bulldogs.

The society was a first in the country as there was no other association solely dedicated to the French Bulldogs.

FBCDA decided that the breed standard for Frenchies was the erect bar ears. This standard has remained enforced over the years, especially among American breeders.

Having a dog with a rose-shaped ear can lead to disqualification, especially in shoes and competitions organized by the American Kennel Club

No thanks to their short snouts, squat frame, and small limbs, French Bulldogs cannot swim, as their short snout demands that they have to keep their faces up higher to keep them out of the water. Dogs tilted up, thus, have more difficulty staying afloat.

MOST FRENCH BULLDOGS ARE BORN THROUGH ARTIFICIAL INSEMINATION

Due to their size and thin hips, male Frenchies often find it difficult to copulate with the females, and they often get overheated while trying to get it on. Hence, most of the reproduction is done by artificially impregnating the females. So, if you are looking to rear the best French bulldog puppies for sale Available Puppies, make provisions for an artificial inseminator and a possible cesarean section, as their tiny hips also makes it difficult for Frenchies to give birth naturally.

If you want to get a French bulldog.  We have  best French bulldog puppies for sale in Michigan can be found very close to you, contact us on how you can get yours.