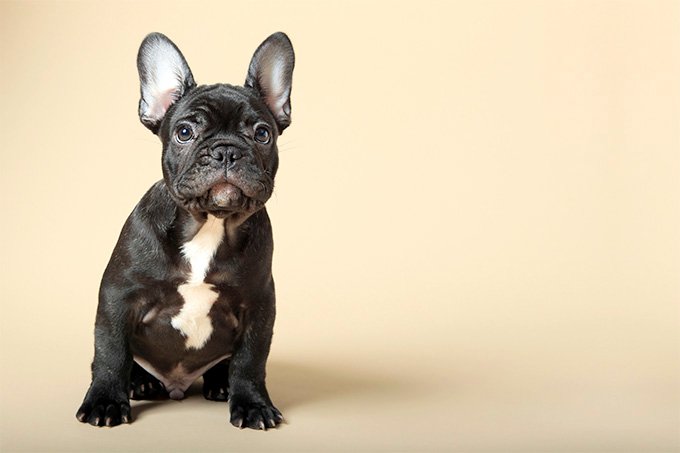 French Bulldogs have come a long way from their ratting days. Now they grace the homes of famous and regular people, as companions. These small, compact fellas have been the sweethearts of the entertainment world for a while. They once were considered defective and not a pure breed by the AKC.

As a French Bulldog owner, here are some interesting French bulldog facts you need to know.

Although they are mostly bred for their calm nature, French Bulldogs often get passed off as lazy due to their body size. Frenchies can be a handful when they aren’t playing with their toys. They love running around and can be hyper, sometimes.

When we say French Bulldogs are companion dogs, we aren’t only talking about their relationship with humans. As primarily social animals, they get on well with other animals. Although the key to assimilating Frenchies is a household with other animals, it is to make sure they don’t feel threatened.

Frenchies, unlike most dog breeds, don’t bark a lot. It’s one of the reasons why they make great household dogs. This doesn’t mean they are quiet dogs, far from it. Frenchies frequently yelp, yawn, and gaggle. They also like to sing along to the music your playing or singing.

Generally, the French Bulldog has a unique appeal. Its bat-shaped ear, a bit awkward but beautiful still. They aren’t one of the finest dog breeds, but their mild temperament makes up for the lacking beauty. Their shiny hairy coat requires less grooming compared to other dogs. Frenchies only need constant brushing, oil application, and occasional baths. Their shiny short hair gives them a grand appeal.

Their Brachycephalic nature makes it impossible for them to swim. Frenchies have heads that are heavier compared to their bodies; it makes swimming difficult. Their short snouts also contribute to their inability to swim. It makes breathing underwater near-impossible. Although Frenchies love water, it isn’t wise to leave them near pools. A life jacket could help, but not for long.

Because of their small frame, it’s difficult for most males to impregnate the females. Hence, females are usually artificially inseminated. Their small hips also make natural delivery life-threatening for the females. Most Frenchies are delivered through cesarean section.

Frenchies are very emotional dogs; as such, they require more human attention than most dog breeds. They can’t breathe in hot areas because of their short smushed-in noses and short airways. This prevents them from traveling on planes made for people too. There are special airlines that organize pet-only flights. They do well with children.

The French Bulldog has lots of health risks and is high maintenance dogs. Their immune system requires that they visit the vet for checkups regularly.