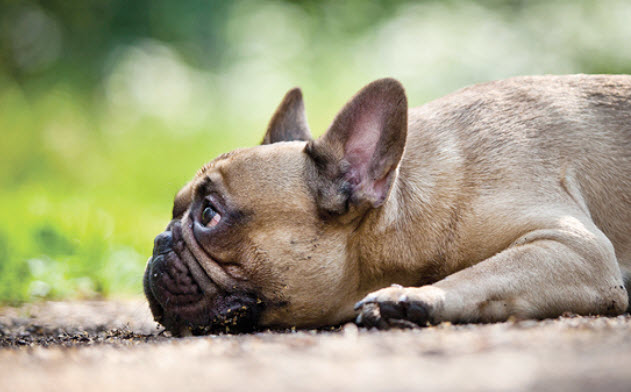 If you are reading this, you’re most likely looking to adopt a French Bulldog, or you already own one. Either way, this guide would help you understand the French Bulldog better.

Very often, dog enthusiasts hurriedly adopt dogs they like, without doing researches or trying to understand the dog, before giving them a new home. Thankfully, that isn’t you. This guide is the perfect tool to aid your preparation.

Over time, the adoption of French Bulldog Puppies has been on the rise, rather alarming in some cases. These features have been partly responsible for that.

French Bulldogs are one of the most likable dogs. Their charming personality makes it almost impossible to detect them. Their desire for the company makes them very affectionate and social. Hence, they are less likely to be seen fighting instead of running around with other pets or around their owners.

French Bulldogs aren’t called the clowns of the dog world, for nothing. Their smushed-in faces give them an adorable-comical appearance, which could sometimes be good for stress relief.

Whatever French Bulldogs lack in body size and athleticism, the makeup for, in affection and socializing. If you’re looking for a dog to keep you company indoors while you perform a task or watch TV, the Frenchie is your best bet. Not only do they enjoy the company of humans, but they also do so with very little to no noise. They are also good with children.

Almost nobody, wants a dog who forgets its owner and runs off with other dogs or some other person. Although French Bulldogs are highly social dogs and anyone the company of everyone and everything, they have a deep sense of loyalty to their owners. They might run around for an hour, but eventually they return to their owners laps to nap.

French Bulldogs aren’t the Einsteins or Newtons of the dog world. They are, however, the geniuses of the Bulldog breeds. While they may rank low in intelligence than other dog breeds, unlike other Bulldogs, they are more attentive to details and conversations.

They can identify people or other pets by their names, pick up a few less strenuous tricks and learn the lyrics of a song.

French Bulldogs do not require much effort to look good, just regular baths, occasionally brushing and oil their skin coats.

As adorable and comforting as the French Bulldog may look, there are also downsides to owning one.

The French Bulldogs’ desire for companionship makes them less inclined to stay away from its owner. Causing them to become clingy and have separation anxiety, which makes them isolate themselves when they are separated or scolded by their owners.

As sturdy as the French Bulldog is, they still have wide-ranging health conditions that plague them and often become more fatal as they grow. This is one reason dog owners are often advised to get medical reports for dogs before they buy or adopt them.

The average French Bulldog breeder sells between $1500 – $5000, with no bonuses or a training guide. With the cost of treatment and medical checkups, the French Bulldog is one of the most expensive dogs to breed. Hence, owners are often advised to invest in pet insurance.

French Bulldogs fart a lot. It’s almost like they enjoy it. More often than not, their farts have an awful smell.

Regardless of the various downsides, French Bulldogs are still one of the most adorable pets to own.